To discuss naturopathic medicine and its role in the realm of health care, Dr. Tonya Pasternak was featured as part of Eastern Connecticut State University's "University Hour" series on Sept. 27. Ultimately, the field aims to promote internal and external well-being, its practitioners emphasizing the significance of getting to know a patient in detail. "We fill in the cracks of things that may not be paid attention to otherwise," said Pasternak.

Pasternak, who works for Collaborative Natural Health Services, compared naturopathic medicine to conventional medicine, the training required to become a naturopathic doctor, and closed with a brief look at treating fatigue - one of the most common complaints patients seek medical attention for.

Naturopathic medicine, explained Pasternak, largely focuses on the body's ability and inherent desire to heal itself. Rather than revolving around the importance of pharmaceuticals, naturopaths approach patient care with more natural substances and therapies. The practice is a type of holistic medicine, which means in order to find the right treatment, doctors examine a patient's body, mind and spirit functioning together. "We take the whole person into consideration," she noted.

The doctor gave the audience a rundown of six guidelines that naturopathic doctors follow: to do no harm; to identify and treat the cause; to advocate for the healing power of nature; to not only be a doctor but a teacher; to treat the whole person; and to prioritize prevention. With these principles in mind, naturopaths try to find the least invasive, least toxic means of discovering root causes of health issues and resolving them.

Pasternak pointed out that while naturopathic medicine has many benefits, it does have its limitations and there is only so much that can be done on that level. "Thank God for pharmaceuticals and things like antibiotics and surgery," she stated, in reference to treating more serious conditions. Pasternak highlighted that the practice is strong in areas where conventional medicine - and its health care system - falls short.

Because of pressure from insurance companies, Pasternak argued, patients are rushed in and out of visits with their primary care doctors, and "people are just left suffering" as a result. "People's bodies are being subdivided," she said, raising concerns about the use of multiple specialists to treat one person's health problems - a stark contrast to the holistic naturopathic approach.

"The medical system doesn't really allow people to be heard," said the doctor, touching on her time spent volunteering in Seattle tent cities, one of the first homeless tent communities to be sponsored and accepted by local governments. Seeing and treating those with extremely limited resources, restricted access to food, and no money for health care products pushed Pasternak as a student and made her a better naturopathic doctor. Asking herself early in her career, "What do I possibly have to offer that could make them better?" she now continuously keeps in mind the magnitude of meeting people where they're at. 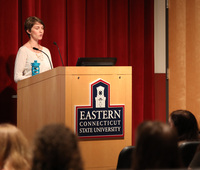 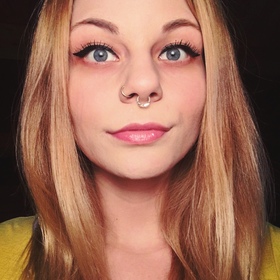